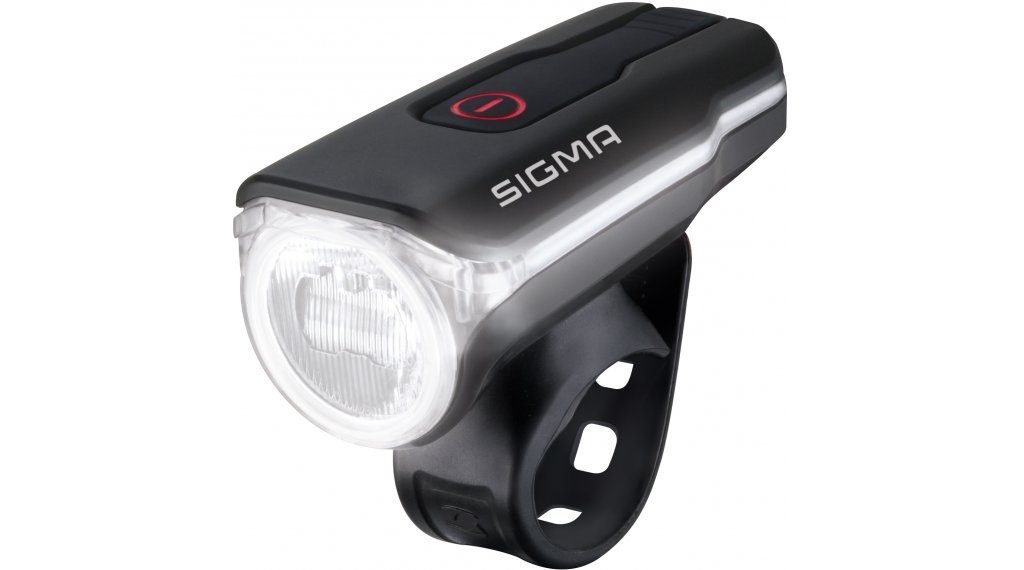 Maximum safety in a noble design

With a 70-meter headlamp and 60 lux, the AURA 60 USB illuminates streets and lanes evenly and ensures improved lateral visibility with the "Light Guide". This not only increases road safety, but also makes the StVZO light a first-class companion, especially for sporty drivers and commuters.

3 modes, from 60 lux in standard mode to 30 lux in mid-mode to 18 lux in eco mode, bring optimal light, both in the city and off the streets. By selecting the appropriate mode, the burning time can be extended from 4 to up to 10 hours. The AURA 60 USB is therefore just as suitable for demanding cyclists (eg commuters and athletes) as it is for safety-conscious recreational cyclists.

At just 105 grams, the AURA 60 USB weighs little and convinces with its unique design all cyclists who pay attention to design and weight. Their flat, sleek and slightly conical body as well as the lateral "Light Guide" round off the sporty appearance.

Thanks to the high-quality LED lens, the AURA 60 USB allows a very even light distribution and offers optimal visibility in the long-distance, side, core and close-up, without dazzling other road users. This ensures maximum safety on the road.

The lateral "Light Guide" is not only a visual highlight, but thanks to the two additional LEDs also ensures a significantly higher visibility in traffic.

The AURA 60 USB USB has a built-in lithium-ion battery. This is charged via the micro USB socket, which is also possible on any PC. With the included Micro-USB cable, the battery is fully charged and functional again in a maximum of 3.5 hours.

The lithium-ion battery has a deep discharge and overcharge protection. In addition, it has no memory effect and can easily be fully recharged.

With a double-click, the front light is switched on, with a long press on the button again. This function prevents unwanted switching on, eg. B in the bag.

The practical silicone handlebar mount is firmly connected to the AURA 60 USB and guarantees fast and precise attachment to any bicycle handlebar. This allows the front light without tools mount and remove. In addition, the AURA 60 USB is also compatible with other SIGMA holder systems, such as the screw bracket and the universal helmet mount.

The AURA 60 is protected against splash water according to the international IPX4 standard and therefore also suitable for bad weather conditions.