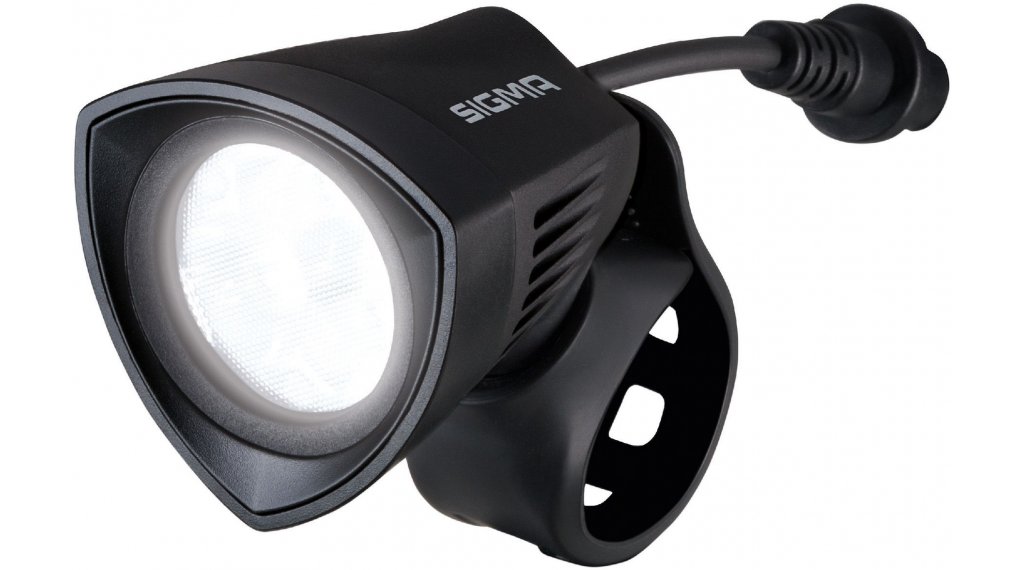 The Sigma Sport Buster 2000 HL: Bring on the night

With 2000 lumens, the BUSTER 2000 HL is your power lamp for perfectly illuminated trails. The powerful battery pack and the super-light remote with fluorescent buttons are included. With a burning time between 2.5 and 20 hours, the helmet light is your indispensable companion for every adventure in the dark.

As the name suggests, there are 2000 lumens in the BUSTER 2000 HL power package. And that with a burning time of up to 20 hours. Three CREE LEDs ensure a constant light output for perfectly illuminated paths.

The universal helmet holder adapts flexibly to all common helmet models. There is also an adapter that can be connected to the holder of Action Cams.

The 14 gram light and compact remote makes the BUSTER 2000 HL even easier to use. Particularly practical when the lamp is attached to the helmet. The wireless remote control is quickly found even in the dark thanks to fluorescent buttons. It works with an interference-free 2.4 GHz signal.

The Panasonic cells installed in the battery pack ensure an output of 6400 mAh. The current state of charge of the battery can be read directly from the four-stage indicator. A USB port also allows other devices such as bike computers or smartphones to be charged.

The BUSTER 2000 HL owes its timeless and elegant design to the anodized aluminum housing. The surface is also resistant to scratches.

With a weight of 105 grams, the BUSTER 2000 HL is comfortable to wear on a helmet. The battery pack can be conveniently stowed in the backpack with the extension cable.

Glow in the dark

Both the control button of the lamp and the two large buttons on the wireless remote fluoresce and can therefore be easily recognized in the dark.

The design of the plug connections has been improved and simplifies the disconnection and connection of the lamp and battery pack. This significantly reduces the risk of cable breaks.

The silicone holder with the two silicone straps ensures quick, secure and, above all, scratch-free attachment of the battery pack to the frame.

The current state of charge of the battery pack can be recognized at the push of a button. The four LEDs each show 25% of the capacity. Other devices can also be charged via the USB port.

Double-click the upper button to switch on the BUSTER 2000 HL. The helmet light is switched off again by holding the button down. Use the upper buttons to switch between the three flashing modes. The lower button switches through the four steady light modes.