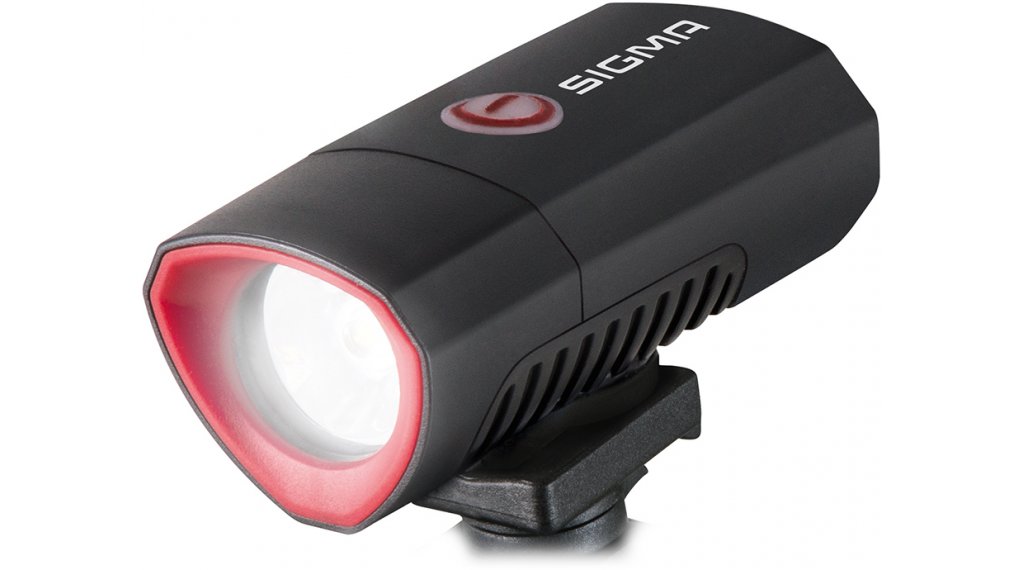 The BUSTER 300 is the all-rounder for every occasion. With 300 lumens and 70 meters lighting range, it brings you the best view. Four light modes and a fade-in and fade-out function ensure that the right amount of light is always available. Using the slider, you can conveniently detach the power light from the bracket and quickly reinstall it.

The BUSTER 300 has the 4 light modes. The maximum burning time varies depending on the light intensity.

All models of the BUSTER series have switch-on protection and are activated with a double click and switched off with a long button press. With a simple push of a button you can switch through the different light modes. If the BUSTER 300 is switched on, you can double-click to switch directly to the highest level or fade to the lowest level.

The large click switch with tactile ON / OFF feedback can also be operated with gloves. Double-click to turn on the front light and turn it off by holding it down. This function prevents unwanted switching on in the backpack. With a simple click, you can switch between the different light modes.

With the screw bracket bracket, the BUSTER 300 can be securely attached and laterally adjusted by 360 °.

The BUSTER 300 is supplied with the screw bracket bracket. An adapter for attachment to action camera mounts is included.

The control button also acts as a charging indicator and reveals the state of the battery. The LED in the button lights up green below 75 percent of the battery capacity and red below 25 percent. The LED also provides information about the current charge status during the charging process.

The battery can be recharged in just 3 hours using a micro USB cable. Charging is also possible during operation. The integrated lithium-ion battery has a capacity of 2000 mAh and has overcharge and deep discharge protection. It can be recharged at any time using the included USB cable.

The BUSTER 300 is protected against splash water according to the international IPX4 standard and is therefore absolutely suitable for outdoor use.

With only 103 g including holder, the BUSTER 300 is light and compact.